The Cannabis Entourage Effect – Does the Truth Live Up to the Hype? 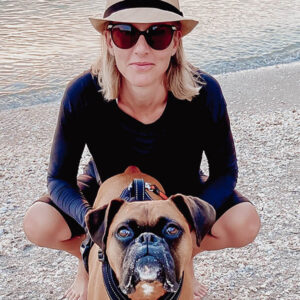 A few months ago I attended a doctor’s appointment with a family member wanting to get a medical cannabis prescription for an ongoing neurological condition. Among the products recommended was a full spectrum CBD product, which we were told was superior to CBD isolate products due to the “entourage effect.” I’d heard about this effect before, which basically says that compounds in cannabis work better together than on their own, but I had never explored it in depth.  These comments made me curious to learn more.

It made intuitive sense to me. Being trained as a nutritional scientist, I was used to research showing that eating whole foods is often “healthier” than consuming individual nutrients because of the synergy between different chemicals in the foods. For example, eating an orange is preferred to taking a vitamin C supplement because the orange contains other vitamins and minerals as well as health promoting compounds like fiber. Wouldn’t the same hold true for non-food plants?

I headed to Google to see what the Web had to say. Typing “entourage effect” into the search bar, I hit enter. I had 633,000 hits. Reading through some of these websites, it was immediately clear that the entourage effect has been widely embraced as an established phenomenon by cannabis aficionados. It was also clearly being used in the cannabis industry as a marketing tagline. But after reading a Scientific American article called “Some of the Parts: Is Marijuana’s “Entourage Effect” Scientifically Valid?”1, I started to wonder whether when it comes to entourage, if the truth lives up to the hype.

As a scientist, I was now interested in learning more about what the research says on this topic. Entering the same search term into PubMed, I got 40 hits. “Hmm…” I thought, “that’s a REALLY low number.” When I added “cannabis” to the search term, the number of hits went down to 25. At this point, I found myself perplexed. Well established scientific phenomena are usually supported by hundreds, if not thousands, of research articles. Of course, cannabis research has long been suppressed by its classification as a schedule 1 drug, but still, this number was low. By comparison, a PubMed search for “cannabichromene”, one of the minor cannabinoids that is not talked about much, yields 129 hits, while a Google search brings up 260,000 websites.

The headline of an article published in the journal “Expert Review of Clinical Pharmacology,” by Dr. Peter. S. Cogan, caught my attention. Titled “The ‘Entourage Effect’ or ‘Hodge-Podge Hashish’: The Questionable Rebranding, Marketing, and Expectations of Cannabis Polypharmacy”2, Dr. Cogan explores whether the science of cannabis pharmacology supports the claim of an entourage effect. Dr. Cogan is an Associate Professor in the Department of Pharmaceutical Sciences at Regis University School of Pharmacy in Denver, CO who does research on medical cannabis and investigates the evidence for popular therapeutic claims for CBD and other cannabinoids. I eagerly retrieved the article.

Dr. Cogan starts off the article by introducing the 1998 paper by Israeli and Italian scientists that first coined the term “entourage effect.”3 In that paper, the authors (one of whom was the pioneering scientist who first isolated THC) demonstrate that chemicals that on their own are biologically inactive can interact with active cannabinoids to affect their activity. But as Dr. Cogan points out, the article described interactions with “endogenous” cannabinoids (those made in the body), in contrast to the “exogenous” cannabinoids found in cannabis. While a really interesting study, it does not actually directly describe the entourage effect of the cannabis plant, although one can certainly see how such a link could be made. In fact, in a review article published the following year, two of the authors describe the 1998 study and suggest that, “This type of synergism might play a role in the widely held (but not experimentally based) view that in some cases, plants are better than the natural drugs that are isolated from them.”4

Dr. Cogan goes on to discuss a 2011 article by Dr. Ethan Russo5, world renowned expert in cannabis science, which is widely cited as confirming the existence of the entourage effect. In it, Dr. Russo presents compelling evidence that molecules in the cannabis plant, like the endocannabinoids made within the human body, interact with each other. In particular, he focuses on the interactions between cannabinoids and terpenes, which are the molecules that give cannabis their distinctive smell. Almost eight and a half pages of references are cited, most of which are used to support Dr. Russo’s hypothesis.

Dr. Cogan is not convinced. In his 2020 article, he presents a comprehensive review of the literature looking at how chemicals in cannabis interact with each other to exert their therapeutic effects. What he found seems to raise more questions than answers. For example, he challenges the commonly held idea that CBD mitigates the adverse effects associated with THC, and argues that “Outcomes [in research studies] vary to the point of contradiction …but do not reveal any clear trends to draw conclusions from.” Dr. Cogan also states that “What is almost universally ignored is the question of how an EE [entourage effect] might amplify or augment the adverse effects (AEs) associated with exposure to active cannabis components.”

Questions about the scientific support for the entourage effect were also raised in a 2019 briefing by the prestigious journal, Nature. The article describes the 2018 review of cannabis by the World Health Organization (WHO), which considered the importance of the entourage effect and concluded that most of the supportive evidence came from anecdotal reports and communications from patients, according to Jenny Wiley, a consultant for the WHO. The article also raised questions about whether the concept of the entourage effect is so difficult that it may prove difficult to prove experimentally.6 Of course, the patient experience and anecdotes are important, especially in a research field such as this, where clinical studies on cannabis have been greatly constrained by the legal status of the drug.

Feeling utterly perplexed, I reached out to Michael Flemmens, VP Technical Business Development at Sorse Technology, a company that produces a variety of cannabis emulsions including isolates and broad spectrum, to ask his thoughts about the entourage effect. His response? “Just because a plant has hundreds of components doesn’t mean they’re all doing something. The bulk of cannabis is comprised of CBD and THC, both of which seem to be the major players mediating therapeutic effects. That’s not to say that there aren’t other therapeutically active components of cannabis, because there definitely are, but I don’t necessarily think there are some magical combinations.”

One other issue that Michael raised is that it is impossible to reproduce the exact chemical composition of cannabis. Processing the cannabis plant involves going from the whole cannabis plant to some sort of extract, such as a full spectrum, broad spectrum, distillate, or isolate. Each step of the refining process removes molecules, depending on their boiling point. So, even though full and broad spectrum products contain terpenes, the terpene profile will not be identical to what’s in the whole plant. There’s simply no way around this.

Further complicating the issue is that each strain of plant will have its own unique chemical fingerprint. This has led to the field “cannabis chemovars,” which describes the chemical profiles (especially cannabinoids and terpenes) in the plant. This means that full or broad spectrum products from companies using different plants will vary – that is, they will have unique entourage effects. It has even been recommended that the cannabis taxonomy should be redefined according to chemical content and their medicinal activity; in other words, according to their “entourage effect.”7

Could it be that isolated preparations of cannabinoids (like THC or CBD) might actually be better than those with multiple components? Dr Cogan thinks so. “It is …. hard not to wonder if the proper formulation of purified compounds might render superior outcomes relative to those achieved through the variety of unreliable interactions expected of crude plant exposure,” he writes. Dr. Russo disagrees, writing in 2018 that “The case for cannabis synergy via the ‘entourage effect’ is currently sufficiently strong as to suggest that one molecule is unlikely to match the therapeutic and even industrial potential of Cannabis itself as a phytochemical factory.”8

Where does this leave the consumer? Faced with products such as isolates, full spectrum, and broad spectrum, how does one choose what to buy? “Try different products. See what works for you. And make sure that your products have a comprehensive Certificate of Analysis, so that you know exactly what’s in them,” suggests Flemmens.

This is what we did in my family. After trying several different products and monitoring symptoms, we found that it was the dose of CBD that mattered, rather than the inclusion of other molecules as part of a full or broad spectrum product. So, we now choose our products on the basis of quality, bioavailability, and cost.

At this point, it seems to me that the entourage effect is more of a plausible, rather than a well-established, phenomenon. It is likely that combinations of cannabis derived molecules work better for some people under some circumstances, while isolates may work as well or better in others. So, going back to my question, “Does the truth live up to the hype?” I think the answer is “not quite” – which is usually the case when it comes to hype. While it may very well be that the whole plant is greater than the sum of its parts, right now, we don’t know a lot about how those parts interact.

As more scientists turn their attention towards understanding how the molecules in cannabis interact with each other, consumers will be able to make decisions informed by facts, rather than by marketing. This is unlikely to be a simple process, however, as illustrated by the recent review of synergistic and entourage effects of cannabis in the treatment of pain, which found evidence both for and against additive interactions between compounds.9 Similarly, a 2021 comprehensive investigation of interactions between terpenes and cannabinoids in mice and in vitro found that cannabinoids and terpenes interact but in variable ways, with differences in interactions between males and females.10 Clearly, the process of developing an understanding of the entourage effect will be complex, but is necessary to better understand how this plant – which has been used as medicine by societies around the world for millennia – can be used to enhance health.

About the Author Dr. Genevieve Newton

Dr. Genevieve Newton, DC, PhD has spent the past 19 years as a researcher and educator in the field of nutritional sciences. A series of personal health crises led her to discover the benefits of cannabinoids, and she soon found herself engrossed in studying the endocannabinoid system and therapeutic applications of cannabis/cannabinoids in mental health, pain, sleep, and neurological disorders. She has recently taken a position as the Scientific Director at Fringe, a new medical CBD and education company.